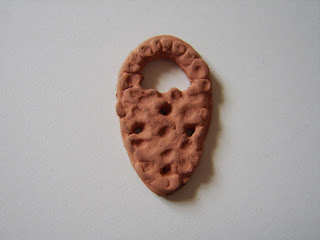 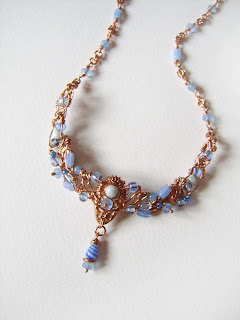 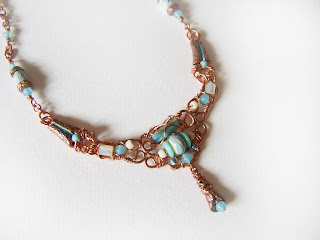 It was ‘The Great Pottery Throw Down’  that did it. Anyone who is a fan of the programme will know just how fascinating it is to watch someone transform a lump of clay into something beautiful, individual and permanent. The episode where the potters were making raku fired Saki bottles had me itching to try to make something that had the appearance of ceramic. But I don’t have ceramic clay and I don’t have a kiln. Never mind – where there’s a will there’s a way, so I decided to get out of my comfort zone completely and experiment with materials and techniques I’ve never tried before. First of all I decided to make some earrings using papier maché.  Here are the three pairs I made. 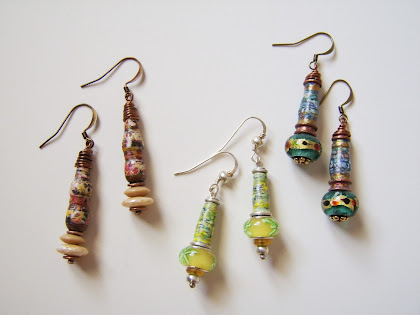 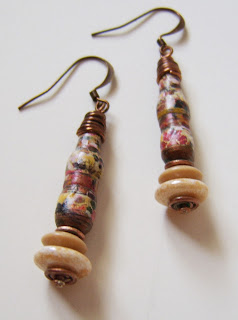 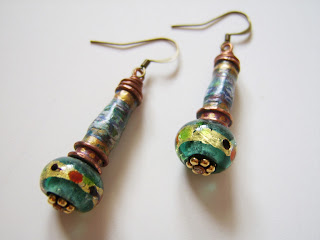 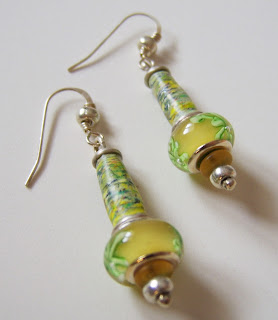 This kind of papier maché is a million miles away from the stuff we made in school. It involves many fine sanded layers which I have painted and then coated and glazed many times using artist grade materials, so that they withstand the rigours of everyday wear. I constantly fiddle with earrings when I wear them, so the quality of the finished piece is important to me. I especially enjoyed coming up with some different ways to finish the bases and made metal bits and bobs to introduce an additional texture. Handy to have learned some skills with the soldering torch so that I can make my own metal fittings.

Then I remembered the metal clay that has been waiting for me to sum up the courage to try. I decided to make a sea themed necklace with some handmade copper clay elements. Working with metal clay is daunting if like me you’ve never tried it, but once you conquer your nerves it’s a wonderful medium and sooo expressive. I modeled three small components and fired them with a torch. After cleaning and polishing I added some enamel to certain areas. 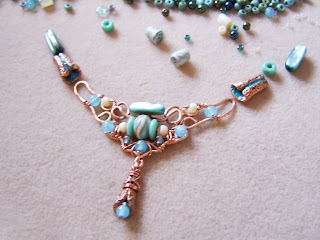 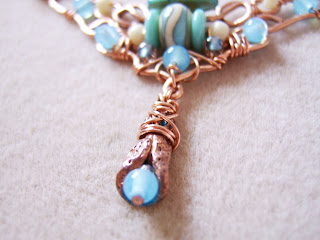 A steady hand is needed when putting enamel powder onto small sections, but I am pleased with the result and this is something to explore further in future pieces.Now I have the fun of putting all the bits together into a pretty marine inspired necklace.

Posted by Valerie Jones at Wednesday, April 05, 2017 No comments: