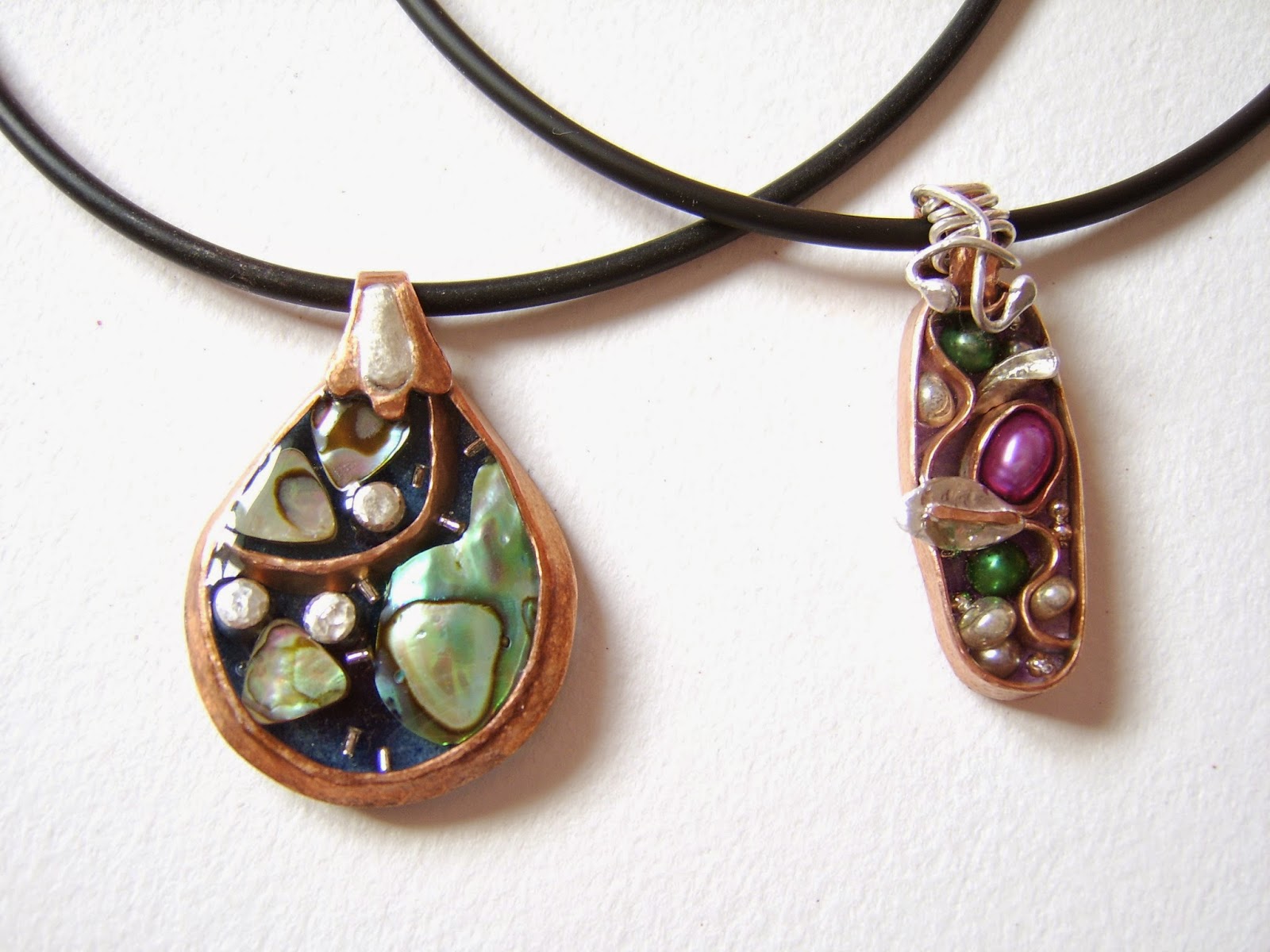 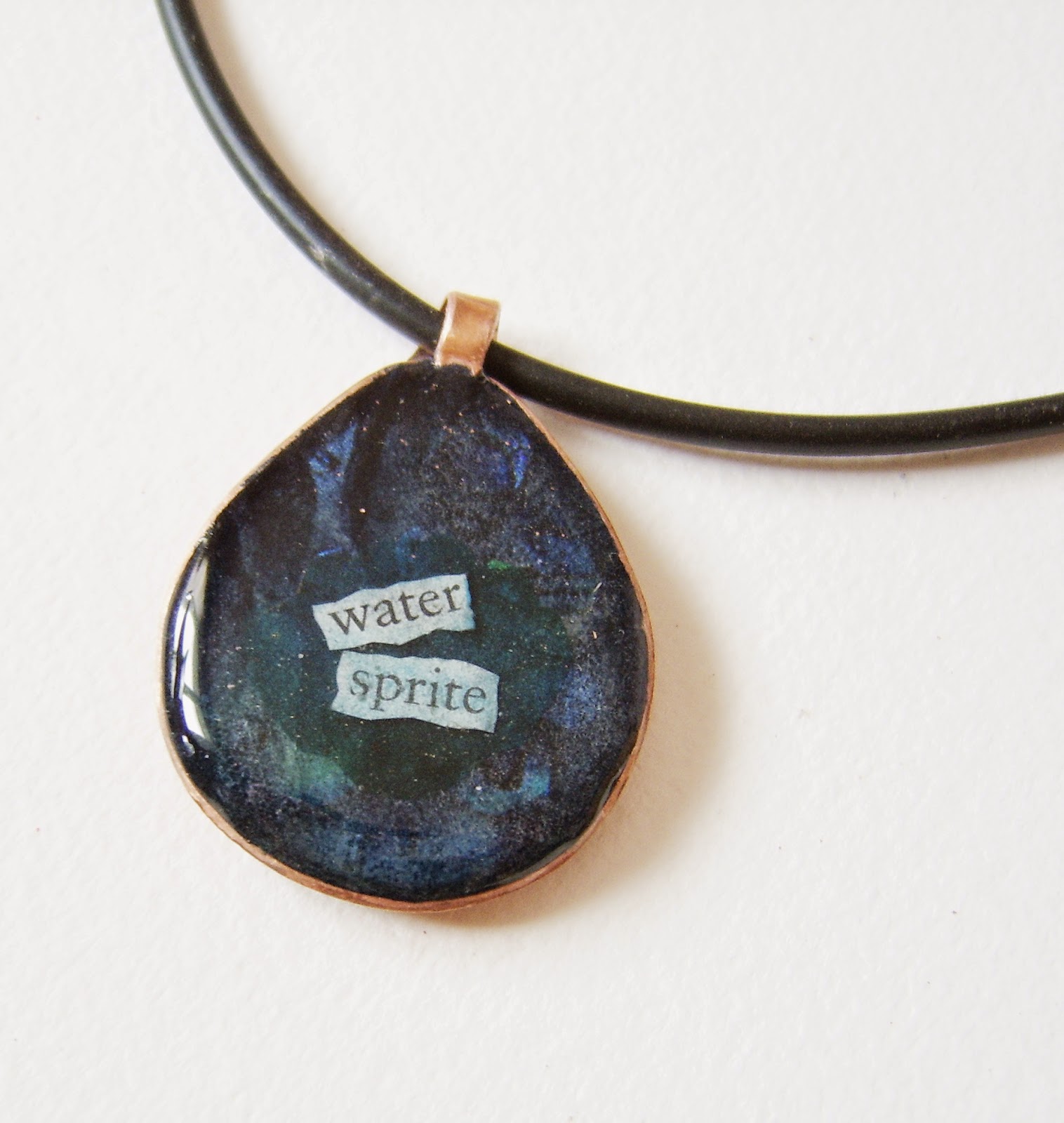 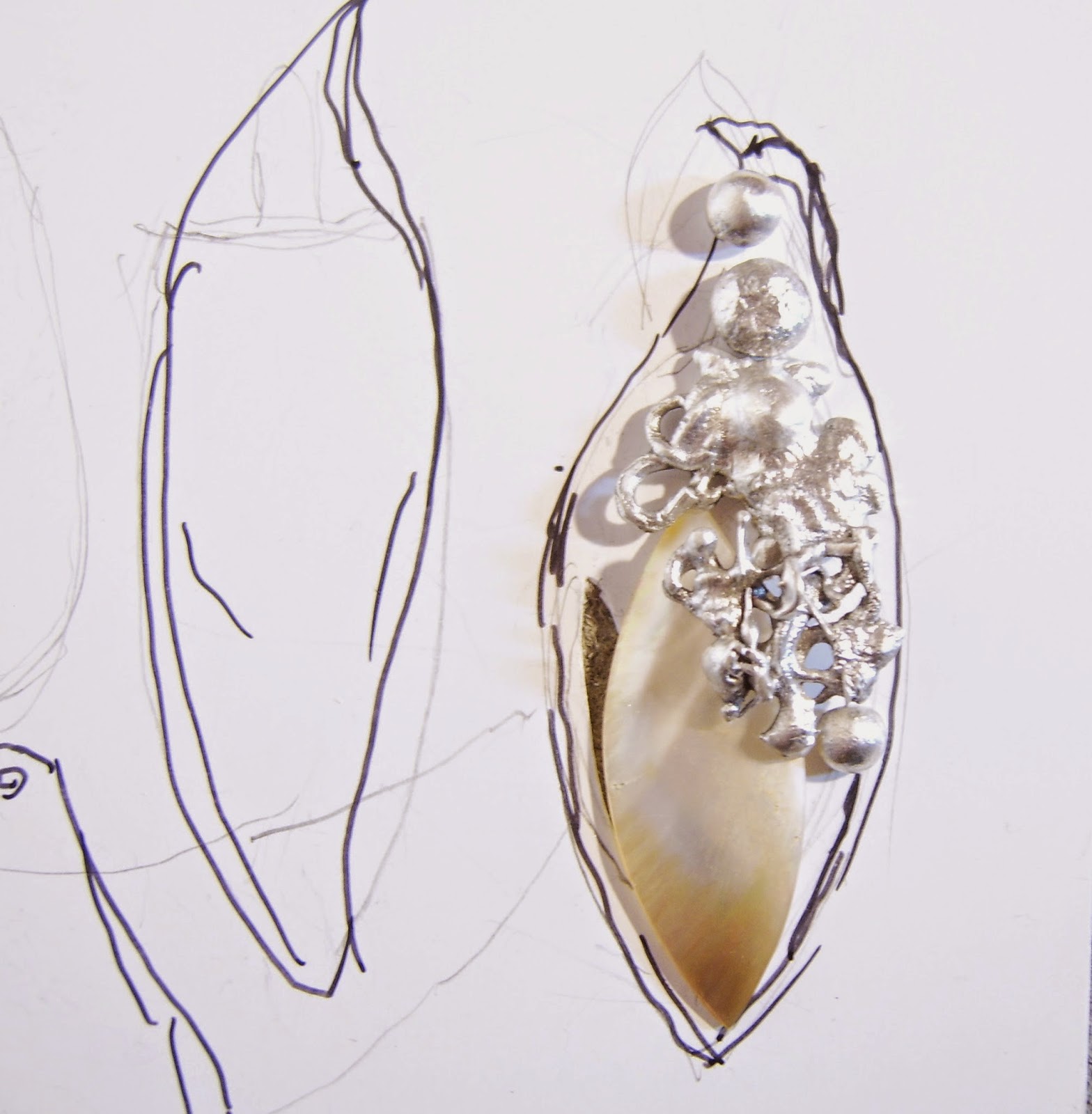 Posted by Valerie Jones at Wednesday, September 24, 2014 No comments:

My 'Blooms and Berries' necklace is complete. I think the cream mother of pearl flowers are pretty in amongst the rich berry coloured beads. Finished off with brick stitched ends so that it is easy to do up and a really good quality clasp. I soldered the sterling silver ring on the other side, as it makes it extra secure. 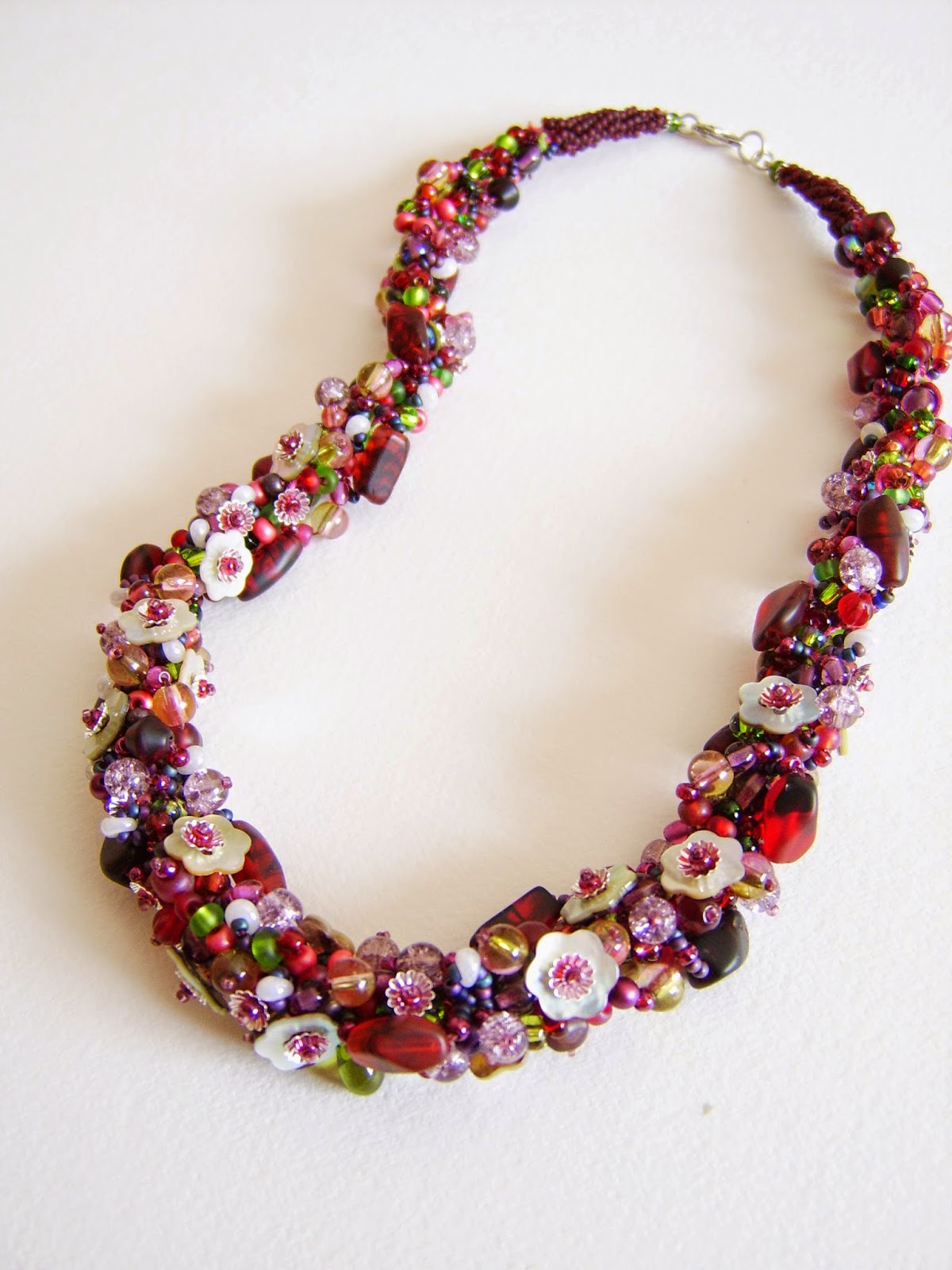 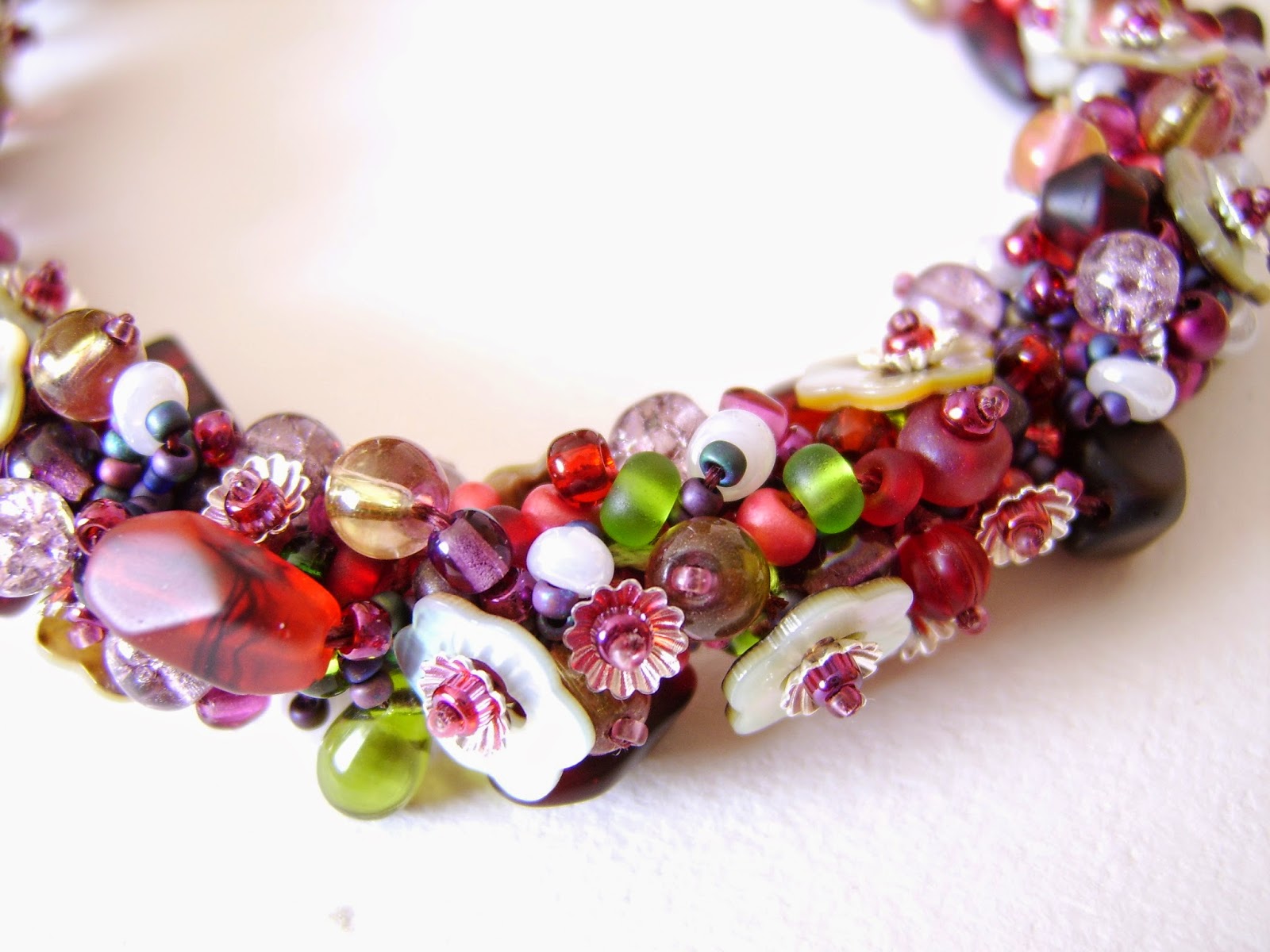 Now my workdesk is bare and tidy - so we are off for a stroll to see what I can find in the hedgerows and wood to inspire me. After a few days of beadwork I fancy making something that involves some hammering and a torch.
Posted by Valerie Jones at Thursday, September 04, 2014 No comments: